Petition – Stop the Songbird Slaughter on the British territories in Cyprus!

Migratory birds are at great peril from illegal (and in some regions, completely unregulated/unprotected) trapping. After reading(1) of the illegal bird trappings still rampant in Cyprus (and swathes of the Mediterranean region), I decided to renew my understanding of bird trapping and found myself alarmed.

BirdLife’s review estimates(2) that up to 25 million birds are being unlawfully shot, trapped or even glued each year in the Mediterranean region.

Countries currently hit by conflict, such as Syria and Libya, do feature highly in the BirdLife(2) rankings, but sadly so do some European Union Member State nations (summarised at Appendix 1), despite the EU Birds Directive 2009/147/EC(3) which aims to:

Meanwhile, the Famagusta area of Cyprus has the unenviable position of being the single worst location in the Mediterranean under the same criteria, with Cyprus as a whole illegally taking a total mean average killing per year of some 2.3 million birds.

The review also exposes some of the common methods of killing in use across the Mediterranean(4); which include illegal shooting, capture in nets and recordings of bird sounds used to lure victims to illegal trapping locations. Many of the cruel methods used, such as lime sticks that glue the birds to branches, cause considerable suffering before resulting in the bird’s death (sometimes through exhaustion and dehydration). 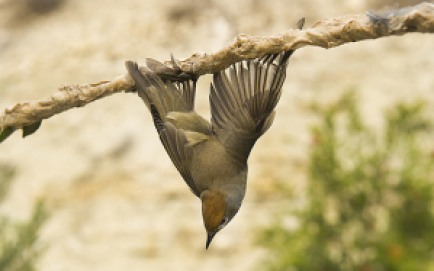 It has been estimated(5) that the mean number of birds killed illegally in Malta each year is 108,000 (with a minimum number of 5,800 and a maximum of 211,000). Malta has the dubious ‘honour’ of taking the highest density of birds per land mass in the review(1), at 343 birds killed/km2 of Malta’s land area.

Prior to the 2015 season, Malta has contested(6) the European Commission’s analysis (May 2015) for the practice of finch trapping to end. Hence the Commission’s September 2015 referral of Malta to the Court of Justice to the European Union (CJEU)(6).

So, the obvious question is, when will the European Commission act to also refer Cyprus, Greece, Italy,France, Croatia and any other offending EU Member State to the CJEU? How can an EU Member State’s mass slaughter of migratory birds (in direct contravention of the EU Bird Directive) go unabated now that the European Commission has acted to refer Malta to the CJEU? Is there other action being taken against other offending EU Member States that is not yet in the public domain?

According to BirdLife International, Cyprus is responsible for killing some 2,300,000 (mean average), some 248 birds killed/km2.

“Geographically, Cyprus is a key stopover location for many migratory birds on their route across the sea. Unfortunately, birds tend to concentrate in particular parts of the island when leaving or arriving on migration – thus making things easier for those engaged in illegal killing.” – BirdLife International

Many birds are illegally sold as a (so-called) delicacy, ‘Ambelopoulia’ for human consumption.

‘Ambelopoulia’ was tested/tasted (and rejected) by the ‘intrepid’ Telegraph reporter, Jo Shute in his recent video report and article(2):

The birds are “caught in mist nets or on branches covered in glue, their throats slit and their bodies boiled, grilled or pickled to be eaten whole a dozen at a time. Here they call the dish Ambelopoulia.”

“Blackcaps are the most common bird in Ambelopoulia, although 30 species can be used in the dish: song thrushes, lesser whitethroats and chiffchaffs are also prized.”

“The rest of the 120 or so species that have been recorded as caught in nets – 78 of which are threatened, including rare red-backed shrikes, as well as barn and scops owls – are simply left to die. There is a local saying that it is bad luck to release a bird, as each is a gift from god.”

This ‘delicacy’ is of dubious quality or value (apart from some ‘negligible’ notion of Cypriot national tradition, but now exercised on an industrial and indiscriminate scale).

“The Cypriot trapping methods (mist nets and glue sticks) used are indiscriminate, so species that are not wanted are caught in the same traps, and are incidentally injured, discarded or killed.”- BirdLife International

Trapping has been illegal in Cyprus since 1974, under local law and the 2009 EU Bird Directive.

This equates to 19 birds killed/km2 of Italy’s land area illegally killed in Italy each year. Of the 348 species of birds that regularly occur in Italy, 43% are being killed illegally in significant numbers.

“In the Brescia Alps, birds are trapped in tension snares, where many die of thirst or exhaustion. Migrant birds caught in nets are sometimes used to trap other birds.” – BirdLife International

Birds hunted in the Sulcis district are sold at high prices to restaurants and other private dealers to be consumed.

On average, more than 5 birds killed/km2 are reported to be illegally killed each year in Greece. Presently, of the 345 species of birds assessed in Greece, 32% of species are being killed illegally in significant numbers.

A significant percentage of the European population of this species is present in Greece, and the species is listed as ‘Vulnerable’ on the International Union for Conservation of Nature (IUCN) Red List – although their populations are now recovering. In comparison with other countries, fewer birds are killed illegally in Greece for food, with greater numbers killed for ‘sport’ or trapped to be caged.

“In the name of tradition, many regions get away with illegally trapping small birds – with many non-target species getting caught in the process. Trapping is the predominant form of illegal killing of birds in France.” – BirdLife International

“Of the 349 species of birds assessed in France, around 32% of them are killed illegally in significant numbers. Eurasian Chaffinch (Fringilla coelebs), European Robin (Erithacus rubecula) and Ortolan Bunting (Emberiza hortulana) are killed in large numbers.”

France is one of three countries with the highest numbers of Eurasian Chaffinch illegally killed each year. The Ortolan Bunting is known for being served as an expensive ‘delicacy’ – it was a rite of passage for centuries for French gourmets to eat this bird. Despite its illegality, capture of the species is tolerated.

In Croatia, 10 birds are killed/km2 of land area. Of the 306 species of birds assessed in Croatia, around 32% of these being killed illegally in significant numbers.

“The Common Coot (Fulica atra) is reported to be highly impacted by illegal killing in Croatia, with the country among the worst three in the region for the illegal killing of this species. One of the major issues to tackle is the use of illegal methods during open season.” – BirdLife International